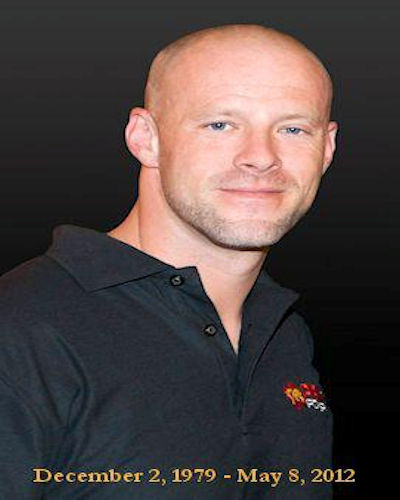 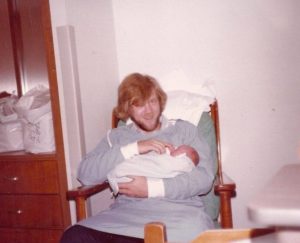 To the parents of children everywhere:

As it is now Dec. 2nd, 2019 and today would have been the 40th birthday of my beloved son Matthew and it is again time, that his story is told in detail. Maybe some other parent’s children can be saved by sharing his story. I am compelled to once again remind people of the devastation caused to families by illegal drugs.

Let me take a minute to share with you firsthand how Matthew came to be hooked on drugs at 15 years old. His friend (sic) Jeremy gave Matt his first joint after a football game in High School. Not long after that Jeremy introduced Matt to his dealer who told Matt that if he really wanted to get high that he could take a pill called Dilaudid and it would be like smoking a dozen joints. He said not to worry it’s a prescription drug so it’s really harmless and won’t hurt you in any way.

See the dealer was creating a need in Matthew so he could build his business. Matt would eventually become another Jeremy and recruit more customers for the dealer.

Let me give you a history of this dealer. He was arrested in Lebanon Tennessee on 14 counts of selling drugs, including sales to middle school students as young as 13. Because he was only 17 years old himself at the time and the fact that there was no County Jail to house him he was given a 2 year suspended sentence. Some message to send to this kid right! So he goes back to selling his drugs because he too is a user in the food chain and his supplier needed him to keep recruiting.

So one day, good buddy Jeremy decides to show Matt that by crushing up the Dilaudid pills and injecting them into his vein (shooting up) he could get an instant rush instead of waiting for the pills to be ingested into his system. See by now Matt was hooked and would forever be an addict. It would control over 15 years of his short life of 31 years.

The life of a drug addict is a continual downward spiral of self-loathing and a feeling of worthlessness that is induced by the drugs they take. Most addicts don’t want to be addicts but it is a cycle that is not in their control. The drugs have the control. Here is an example of what they feel.

WOW, I CAN’T BELIEVE THAT I TOOK THE DRUGS AGAIN AND LET DOWN ALL THESE PEOPLE THAT LOVE ME. I REALLY AM WORTHLESS FOR DOING THIS. I SWORE I WOULD STOP.

BUT I DID IT AGAIN AND I CAN’T HELP BUT FEEL THE HURT THAT I AM CAUSING MY FAMILY AND FRIENDS. IT REALLY HURTS TO FEEL THIS WAY AND I NEED TO MAKE THIS PAIN GO AWAY. I DON’T FEEL THIS WAY WHEN I SHOOT UP SO LET ME DO IT AGAIN TO EASE MY PAIN.

AHHHH THAT’S BETTER ALL IS GOOD FOR NOW, NO PAIN ONLY BLISS. OH NO, I AM COMING DOWN, DAMN I DID IT AGAIN. THE PAIN OF HURTING THOSE AROUND ME IS ONCE AGAIN INVADING MY MIND AND BODY, I AM SO USELESS AND WORTHLESS BUT I CAN MAKE MY PAIN GO AWAY IF I SHOOT UP AGAIN. ETC. ETC. ETC.

These were the words of my son Matthew trying to explain to me how he felt about his addiction. It is a cycle of destruction that finally destroyed and eventually took his life.

We now have some of the Idiot Hollywood Crowd calling for the better treatment and easier sentencing for drug dealers. EXCUSE ME? These people are guilty of murder every time one of their customer’s dies from a drug overdose.

So you want us as a society to show mercy and compassion for drug dealers? Well sorry, don’t come to me with that idea. If it were up to me I would put them all on an island somewhere and leave them to rot. The drug dealer stole the youth and the future and the life of my son. His friend Jeremy who also was found dead in his front yard will receive no compassion from me. I feel for his parents as the loss of a child is always difficult regardless of the circumstances.

But am I sad that Jeremy is dead? No, because I have to wonder how many more friends he turned on to drugs and how many more lives it devastated.

Could this have been avoided? Of course, it could have if our government did more than give lip service to the war on drugs. For example, the major supplier of Cocaine is Columbia. We should have many years ago told Columbia to rid their country of the plants used to produce it. We should have given them a time frame to comply. We could have said to Columbia, destroy the crops and plant more coffee, we will even commit to buying all you export at a higher price. Just stop producing Cocaine and if they didn’t we should have went in with our Air Force and dropped a defoliant like Agent Orange on the crops to destroy them. We could do the same with the Poppy fields producing the Heroin that eventually killed Matthew. But this would require a government to have the balls to seriously wage a war on drugs. Can we stop the flow across our borders, Hell yes we can if we seriously wanted it to stop.

Sorry for the rant today but I miss my son and I miss not watching him grow into the man he could have been. All that I have built over my lifetime was done with the hope of one day passing it all to him. But I will never have that joy as a father.

When Matthew first came to Costa Rica after 8 years in jail for stealing to support his drug habit I had high hopes that he had put that life behind him. He seemed clean and committed to moving on with his life. But within 30 days of being here, it was evident that he was again using drugs of some kind and drinking. One Saturday afternoon I was startled to hear screams coming from his bedroom. I ran in to find his girlfriend screaming that he was lying on the bathroom floor. I tried to get into the bathroom but his body was blocking the door. I broke down the door to find him dead on the bathroom floor with the needle still in his arm.

He was blue, no heartbeat and not breathing. I gave him CPR and mouth to mouth to try to revive him. He came back to me for a few seconds and then stopped breathing again. This was a moment in time I will never forget and even at times regret. You see I could have just held him in my arms and let him go. I could have ended his pain and released him to God. I actually thought about it but then I got angry. Angry that we had come so far, that here he was with me again after all these years, angry that he was again using drugs and that the demon once again was in control. So I brought him back one more time as the ambulance arrived determined to do all I could to again save my son.

Seems odd to say I gave my son life 2 times 30 years apart. But that was how I felt. Maybe he was being reborn with a new start. For about a year after that incident, he seemed OK and we had a wonderful time working together and being father and son again. But the demon was lurking and waiting for the right time to show himself again. When that time came and Matthew decided to leave Costa Rica I knew I was saying goodbye for the last time. I knew that I would never see Matthew alive again. I believe he left Costa Rica to spare me the task of finding him dead again. I think Matthew decided to end his pain in the only way he knew how. Two weeks after he left I received a call for one of my other sons that Matthew was dead from an overdose of Heroin.

There are those that blame the parents for the drug addiction of their children. They say that we could have done more, that we should have been better parents. But I will tell you here and now and can be attested to by those close to us that we did all we could possibly do to save Matthew. I never gave up on him. He eventually gave up on himself. It is a difficult revelation to know that you can’t love you son enough to cure him.

As a Dad, it was my job to protect him. Could I have done something different? I have two other wonderful sons that were raised the same way as Matthew and they did not become addicts and are wonderful husbands and parents now.

I ask myself every day where I went wrong with Matthew and what I could have done to protect him from the drugs. The terrible answer is that NOTHING I could have done would have stopped this after he was addicted. It was his friends, his peers that did this to him. The crowd that was cool to hang around with. If I could go back and do anything different it would be to try to control who he was friends with.

So I say to the Hollywood Elite that are clamoring for leniency for drug dealers and to those of you wanting legalization. That is not the answer to our problem. The answer lies in electing a government that will seriously wage a war on drugs and defends and protects our children. The answer lies in putting drug dealers away for long terms and in a bad place not some country club prison. Make the penalty for selling drugs life at hard labor with no parole. Make it hurt to be caught dealing drugs.

It is time for us to put saving our children as our first priority in the debate of the war on drugs. I say let’s really go to war on this instead of worrying about hurting someone’s feelings or being politically correct or what some other country’s internal political issues may be.

I hope you share this with others and feel free to post it anywhere you feel it may do some good. I have added the words to a song by Johnny Cash called Hurt at the end of this story about Matthew. Its words say it all. Google the song and listen to it. You can hear the pain first hand from Mr. Cash.

A Dad who knows the pain of losing his son to drugs.

Rest In Peace Matthew. We will be together again someday with God’s grace.

HURT was sung by Johnny Cash written by Trent Reznor.

I hurt myself today,
To see if I still feel,
I focus on the pain,
The only thing that’s real,

The needle tears a hole,
The old familiar sting,
Try to kill it all away,
But I remember everything,

[Chorus]
What have I become,
My sweetest friend,
Everyone I know,
Goes away in the end,

And you could have it all,
My empire of dirt,
I will let you down,
I will make you hurt,

I wear this crown of thorns,
Upon my liar’s chair,
Full of broken thoughts,
I cannot repair,

Beneath the stains of time,
The feelings disappear,
You are someone else,
I am still right here,

[Chorus]
And you could have it all,
My empire of dirt,
I will let you down,
I will make you hurt,

If I could start again,
A million miles away,
I will keep myself,
I would find a way,