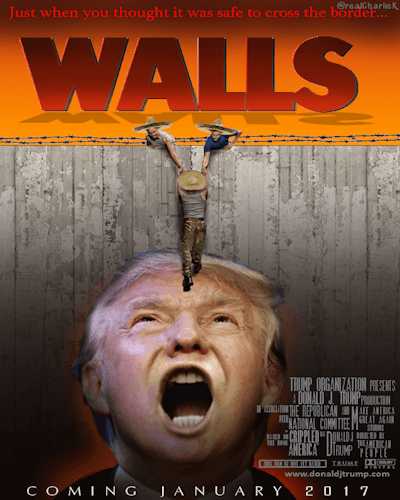 The history of the Clinton Crime Syndicate is well know but not understood by most young Americans under 30. Names like Mena Arkansas Airport, Whitewater, Vince Foster suicide, Travel Gate even Bill Clinton’s Impeachment is not understood. Ask a Millennial what he was impeached for and either they don’t have a clue or say because he got a BJ.

It is decades of lies, deceit and criminal activity that absolutely define the Clinton’s and we need to expose this criminal enterprise.

To understand and discuss the real reason why Hillary may never be brought to justice you first have to understand how the Clinton political machine (crime syndicate) operates. For years the Clinton’s have been collecting information on not just their enemies but also their friends. Whether it is through private investigations or the use of the IRS they have a wealth of info on so many people.

The thought of her being President should have sent shivers up and down your spine. Thank God Donald Trump is President. Yet here we are 26 months into his term and as far as I can tell there has been no move to hold her accountable for the many crimes we know due to public documents and testimony she has committed.

What will America have lost if there are no Criminal charges against Hillary Clinton for putting our nation at risk with her handling of classified documents on a private server, pay to play Clinton Foundation, selling Americas assets and secrets to the highest bidder and the collusion with her staff, the FBI, CIA, Justice and State departments to cover all this up.

I am afraid the price this country and WE THE PEOPLE will end up paying will be beyond our capability to pay.

1st we will no longer be known as a nation of laws. It will forever prove there are laws for the common man and another for the wealthy and powerful.

2nd the DOJ, FBI and other agencies in our government will have been 100% proven to be a political tool for the powerful and elite and can no longer be trusted by the American people to act in the best interest of our country or it’s citizens.

3rd it will prove that the Clinton’s are a Criminal Enterprise that will go to any length to protect their foundation of lies and criminal activity. Up to and including murder.

4th the United States is no longer a sovereign nation, but a nation owned at all levels by China, Russia, Saudi Arabia and others.

5th America will no longer be a nation with borders and a national source of American pride. We will become a fractured nation divided by race, religion and ethnic groups that will not assimilate but instead will declare areas of the country as their own.

6th the great experiment called America will be a thing of the past as it will have failed not because of its citizens lack of love for country but due to the citizens apathy, greed and acceptance of mediocrity in our lives and in our political leaders.

7th the Constitution is just a piece of paper with a few good ideas, many more bad ones and is no longer relevant in today’s world. It is simply a list of suggestion to follow or not depending on the whim of those in power over us.

8th the American Dream is just that a dream unattainable to future generation and failing to this generation.

9th we the people are now “we the uneducated” masses and doomed to a lifetime of stupidity, dependency and lack of self esteem.

10th and most important the millions that shed their blood, lost their limbs and served to protect this great nation will have died for naught because we allowed the ruling elite to turn this great nation into their own private cesspool of lies, fraud, theft, deceit and corruption.

So lets ask what the Clintons’ could possibly have on others in the DOJ, FBI and State Department or even on President Trump that has allowed her to thus far escape from justice?

SHAME ON US if we let this slide. As much as I want Trump to build the wall to secure our countries border there is another wall I want him to tear down. Mr. Trump TEAR DOWN THIS WALL of arrogance and corruption that has been built to divide Americans and destroy our dreams.