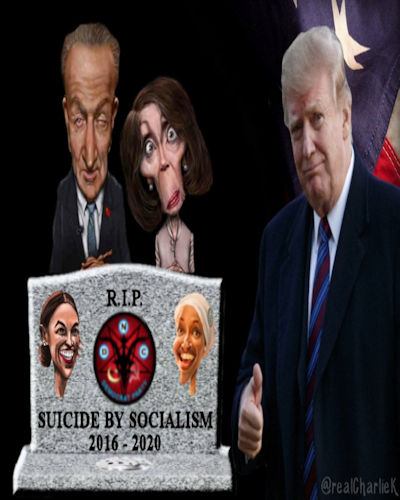 Since the mid 1960s after the Assassination of President Kennedy the far left Socialist have been methodically taking control of the DNC and the Democrat Party and they hoped eventually America.

They knew it would take a least one, maybe two generations to accomplish this and their play-book was Saul Alinsky’s Rules for Radicals.

Thus began the infiltration of Communist and Socialist into the American educational system. It would not work to start their attack on the local level. First they must take power over the Higher Education institutions of Universities and Colleges so as to indoctrinate the next generation of students that would graduate as Socialist and go administrate and teach at the local levels.

They also knew these newly indoctrinated Socialist would marry, have good little socialist children and even get involved in politics. All the while claiming to be main stream Democrats.

So over the years they have gained power in the Democrat Party and began to move into party leadership roles. This has not been without a fight from the real Democrats but it has been a losing battle for them because to get support for re-election they need to move, some kicking and screaming farther to the left.

This 40+ year scheme culminated in getting Barack Obama elected as President. They rejected Hillary Clinton not because she wasn’t crooked enough for them obviously she fit that requirement 100 times over but they rejected her in 2008 because she wasn’t left enough. Hillary was just too main stream Democrat for them and moving her to the left if she became President would have been impossible.

So a half-Black inexperienced first term Senator, a previous Community Organizer with a shady background and a smooth voice became their standard-bearer for 2008.

By this time the Main Stream Media was full of these indoctrinated Socialist and were willing participants in touting Barack Obama as the 2nd coming of Jesus and failed horribly in their duty as objective Journalist to ask the hard questions and seek the truth about his lack of qualifications to be President. He became the lefts anointed one.

Now they needed the media to convince enough American citizens that failing to vote for Obama was being overtly racist. If you didn’t vote for him even though your reasoning was he didn’t qualify to be President you were still a racist for not voting for the 1st black president.

Barack Obama became the 44th President and in his own words began to “Fundamentally Change America”. All the tools to do this were in place. Control of Congress and the White House, a Cabinet full of willing Socialists, a Corrupt DOJ and Intelligence Community and a Main Stream Media willing to feed the American people every lie the White House wanted the American people to hear and to provide cover for every crime they committed.

For 8 years they worked night and day to destroy America as we knew it and remold it in their dreams of Socialism and Globalism. They even threw Hillary Clinton a bone and made her Sec. of State and let her sell off Americas assets to the highest bidder. She thought she was being smart, but she was being played because when she wanted to be President in 2016, the Socialist left by then, owned her because of her greed and corruption. If she wanted to be President in 2016 she would play the game their way.

So here we come to 2016 with Hillary Clinton being the anointed one. It was her time. First Woman with a serious chance to be President. BUT LOOKOUT HERE COMES BERNIE!!! The senates premier Socialist sees an opening and makes a move that galvanized all of the willing little Socialist being turned out of the Universities en-mass and he ignites a fire storm in the DNC and Hillary Clinton camps.

OMG, what are they to do. Bernie is kicking ass and building an army. He is leading the Socialist charge to the White House and the anointed one is getting brushed aside. But have no fear the DNC and Hillary have a plan to steal the nomination from Bernie and that is exactly what they do. The problem is they had to do it publicly and the Bernie Bots didn’t like it. Even when Bernie was bought off with a new car and house to endorse Hillary his followers didn’t come along.

All the while this was playing out in public Donald Trump was steam rolling over the establishment GOP party candidates one by one. His message of “Making America Great Again” was resonating across the heartland and seeping into the lefts background states little by little.

The arrogance of Hillary Clinton and the DNC would prove to be fatal in the election. Her baggage as a Clinton, the criminal investigation into her corruption coupled with the public theft of the nomination from Bernie would be enough to cause many Democrats to stay at home on election day.

Even the Main Stream Media with their bogus polls and non-stop partisanship to Hillary was not enough to stop the Trump Train. It was picking up speed and became a Juggernaut that could not be stopped.

Hillary had 93% chance of winning they said. Trump had no path to 270 they said. Hillary would win in a landslide. But 63 Million “Deplorable” American citizens turned out and destroyed the BLUE WALL.

The night of Nov. 8th 2016 was one of joyous glee as we watched the systematic meltdown of the talking head, pundants and faux journalist in the Fake News Networks. We witnessed the birth of “Trump Derangement Syndrome” live on TV and it was wonderful to see.

But the left was not going to go quietly. If they couldn’t win the election by hook or crook they were going to try to steal the Presidency back with a quiet Coup d’etat led by the Obama hold overs in the DOJ and Intel communities. This drama is slowly coming out in public and will assuredly fail so once again the Socialist Hard Left has shifted gears.

The Socialist Radical Left over played their hand with the personal attack on Brett Kavanaugh in an attempt to deny President Trump another appointment to the Supreme Court. Now that the Mueller report has been released and the President cleared of any collusion or obstruction they are attacking the Attorney General for telling the truth they didn’t want to hear. They have found new lows to go to and I firmly believe it will be part of the final death-blow, self-administered to the Democrat Party.

Now the Democrats have completely turned the page into full blown evil. They support open borders and welcome murderers, rapists, gangs, criminals and drugs into Sanctuary cities and deny ICE the ability to capture and deport these vile creatures. they are now openly promoting MURDER of children in the name of Abortion and Women’s Rights, they want Terrorist and Felons to be able to vote.

This suicide is well deserved and just in time to complete the saving of America that started with the election of Donald Trump as our 45th President.

It is vile, it is evil, it is wrong and it will ultimately destroy the Democrat Party and they deserve what they get. I firmly believe the good citizens of America will reject this type of behavior by their elected officials because America has always stood for good over evil.

The Democrats will lose in 2020 and they will be forever relegated to the dung heap of history with the Whigs and the Dixiecrat parties. It is where they belong. Do not RIP Democrats, you deserve to suffer in the fate you brought upon yourselves.