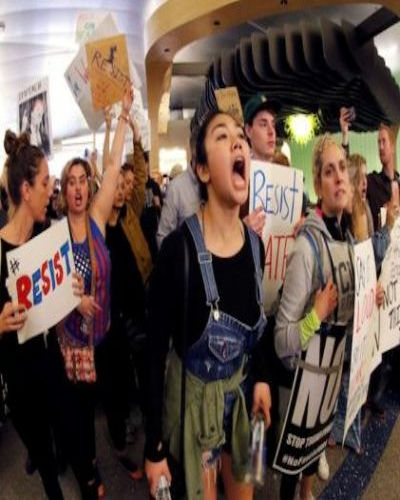 YOU HAVE BEEN PLAYED BY THE COMMUNIST THAT SEEK TO DESTROY AMERICA.  I DARE YOU TO READ THIS AND PROVE ME WRONG OR ARE YOU TOO AFRAID TO HEAR THE TRUTH.

I am not going to ask you or tell you that you must like Donald Trump. Hate him all you want but I am going to tell you to stop hating America.

Is Trump perfect? No far from it but he is working night and day to make America better than it was when he was growing up. Is he brash sometimes, does he not speak like some smooth talking politician, does he call an idiot an idiot, you bet. But that is exactly why he won.

It is OK to hate Trump. It i not OK to take that hate and turn it against America and Americans. When you do, you are not solving any problems you are becoming the problem because you are not making America great in any way.

Is America perfect? Not by any means but it is the best place to be. Being an American is a thing of pride and loving God and Country should not be ridiculed but rewarded. I remember the days when respecting other peoples opinion was a good and noble thing to do. Shouting a person down for having a different opinion is not moving the conversation forward it is stifling free speech. How many Americans have shed their blood or died to protect free speech in America? What gives you the right to silence another American? Do you really think you are making America better by destroying property, attacking people in restaurants, assaulting other Americans just because they are wearing a #MAGA hat and shouting their voice down so only yours can be heard?

You are lucky enough to live in the greatest country ever conceived in the history of the civilization.

You don’t see thousands of Americans fleeing this country, risking their lives to cross oceans and untold miles of dangerous land to live somewhere else. However you do see people from around the world willing to risk everything to come to America, Have you taken a moment in time to really think about why that is.

Why would a pregnant mother climb on top of a train with her small children to travel hundreds of miles to get to America. Why does a father work 3 jobs to save the money to pay his life savings to a smuggler to get his family into America? Why do people climb in a leaky over-crowded boat and sail through rough seas and shark infested waters to get to Americas shores?

It is because your parents, your grandparents and the generations before them all understood the awesome responsibility they had as Americans to make this country better for their children. To leave this world knowing their children would have a chance at a better life than they did.

See this is our true American Legacy. This is how it is supposed to work in America and it has worked for generations because when you cut through all the crap that the government and society try to force on us every day “We are all Americans” and it is our job to pick up freedoms torch and carry it ahead for our children.

What I don’t understand is why you, the #resist crowd fail to see or understand this. If your teachers and professors and yes even some parents failed to educate you on what being an American really means. SHAME ON THEM. But even that failed education does not give you an excuse to hate America. You have no excuse for failing to preserve the American Legacy for the next generation.

I think it is time you grew up and begin to realize that you have been played. By your teachers and professors, the main stream media and yes, even by many you think as friends.

Just what are you resisting? Are you resisting the creation of millions of new jobs? Are you resisting the millions in wealth being created in parents, family and friends retirement funds so they can live a good life after working so hard all of their lives because of the booming stock market? Maybe you are resisting the 4 million people who are no longer on food stamps. Those people now have jobs are lifting themselves out of poverty and have a hope for a better future for their children. Or is it the lowest Black unemployment rate in the history of America that you are resisting. Or maybe it is Peace in Korea after 70 years of conflict that you find offensive.

Are you starving and eating out of trashcan? Are you living it tents? Are you wearing dirty clothes and drinking contaminated water. Do you have to go to the bathroom in holes dug in the ground? NO you are not.

SERIOUSLY WHAT DO YOU HAVE TO RESIST?

Are there problems in America? Absolutely but you don’t fix them by destroying America. You fix them by doing your part to make your America better than what your parents handed to you. It is how it is supposed to work. It is what has set America apart from the rest of the world for 250 years. IT IS OUR AMERICAN LEGACY. IT IS YOUR AMERICAN LEGACY.

Whether you like President Trump or not, is to him irrelevant. He gets up every day and says how can we make America greater? Donald Trump is fixing America. Fixing it from all the damage done by the very people that have been playing you. Yes, he is fixing it even for you whether you want him to or not.

The things he is doing for America will insure you and your children will have a safer, brighter more prosperous and secure future than your parents had. This is how America was designed to work. This is our President doing his part to secure your American Legacy for you. But you are not doing your duty as Americans to protect and defend the American Legacy. You are making a mockery of it and for the life of me I can’t understand why.

So here it is #resist people. Are you willing to go down in history as the first generation to fail to preserve the American Legacy left in your care by those who sacrificed everything to give it to you in better shape then when it was handed to them.

Are you willing to destroy America for your children and grandchildren because Trump won and Hillary lost. Is this really worth destroying the American Legacy over?

How about accepting your responsibility as Americans to work with the President (hate him or love him) instead of against him. He is the President and to use his words, he is working to “MAKE AMERICA GREAT AGAIN, GREATER THAN EVER BEFORE FOR FUTURE GENERATIONS OF AMERICANS.”

IT IS TIME FOR YOU TO PUT YOUR PASSION AND ENERGY INTO POSITIVE ACTION FOR ALL AMERICANS.

BE THE PROTECTOR OF YOUR AMERICAN LEGACY NOT THE DESTROYER OF IT BECAUSE ONCE IT IS GONE IT IS GONE FOREVER.