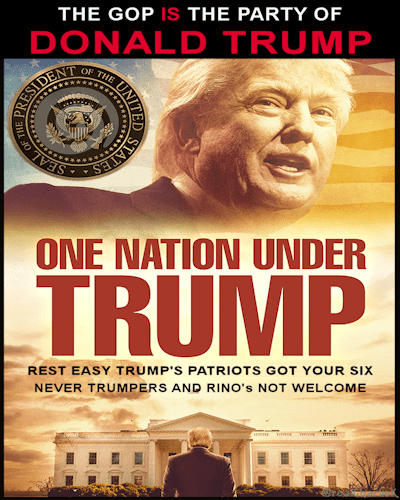 People voted for Hillary regardless of the baggage, the history of corruption. They voted for her just because she was a woman also a novelty.

Trump was elected because he too was a novelty of sorts. A brash talking, unapologetic New York businessman with a history of beautiful women and a reputation of getting the job done against the odds.

Some failures in his past but an empire built on good decisions and hard work. Trump knows that true leadership means surrounding yourself with highly qualified people and empowering them to do their job.

We knew exactly who he was when we elected him. For the 1st time in our history we turned over the largest business in the world (the U.S.) to a businessman instead of a politician. A man that actually created jobs, had to sign paychecks and knew how to budget a project. He had experience negotiating at the highest levels including with governments around the world.

We are now seeing the results of our decision to elect Trump. A growing economy, more jobs for everyone than we have ever seen, ISIS defeated, smaller government and a growing presence on the world stage again.

Imagine what he could accomplish if 1/2 the people in America suffering from TDS, a Congress full of Never-Trumpers, a DOJ full of corruption and the entire Main Stream Media were not trying to undermine his every decision.

Even as he travels the world making deals that are great for America, it’s citizens and world, the Communist Left attack him publicly. The Communist Left in America (the Democrats) are scared to death of President Trump because they cannot control him.

This fear is driving them to the edge of insanity. They want him to fail so bad they don’t care if America fails too. TDS is real and dangerous to our freedoms in America.

Trump has the ability to Make America Great Again, Safe Again, Prosperous Again, Respected Again throughout the world, if people would just stop trying to prevent him from doing it.